All About The River Survival Series-Why and How

I began writing River Survival Series when I lived in Georgia, 20 miles out in the mountains, surrounded by National Fores. Our nearest neighbor lived 1/4 mile away, back in the woods, out of view.

There were beautiful bright sunny days the power went out for no apparent reason. Sometimes a storm would blow through and we'd be without power for a couple days. As backpackers and survivalists, it was inconvenient, but we never got a generator.

I asked myself as a survivalist, if this was the Grid Down, or some historical catastrophe, how long would it take us to find out?

Book One starts with Dave and Carla going through a normal daily routine after the grid is down. We have a flash back detailing how they found out and the changes in their home town.  We immediately meet the neighbor and the local government and discover how the rest of the world is doing by means of ham radio operators. 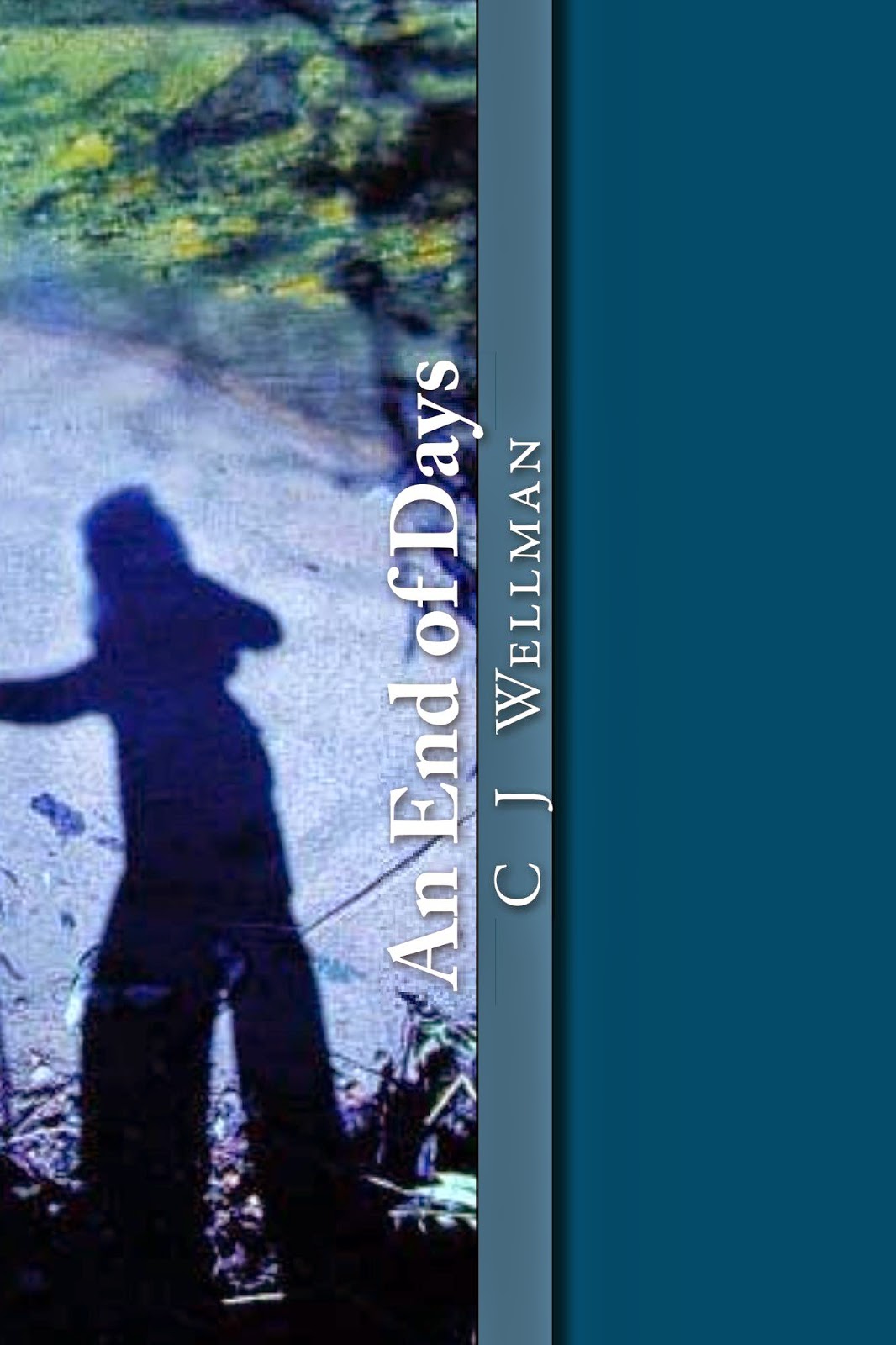 When the authorities try to force "Outliers" to contribute to the community, disaster strikes, Carla becomes homeless and flees to Chicago to find her family. She adopts a wolf just before she discovers rampant cannibalism and both sides of the law operating with complete disregard to human life. Living on the run as a transient, Carla's life constantly threatened.

Our family escapes this cesspool, fleeing west, pursued by a Joint-Commission Posse, determined to capture the illegals, but help arrives at the last minute.We meet the Resistance Movement and others surviving along the Mississippi.


Book Two: After successfully crossing the River, our family relocates in a struggling community named Rivertown. Once a thriving metropolis of several million, the tiny farming community utilizes unique talents and old fashioned skills to survive, yet resort to barbaric strategies to deal with human predators. 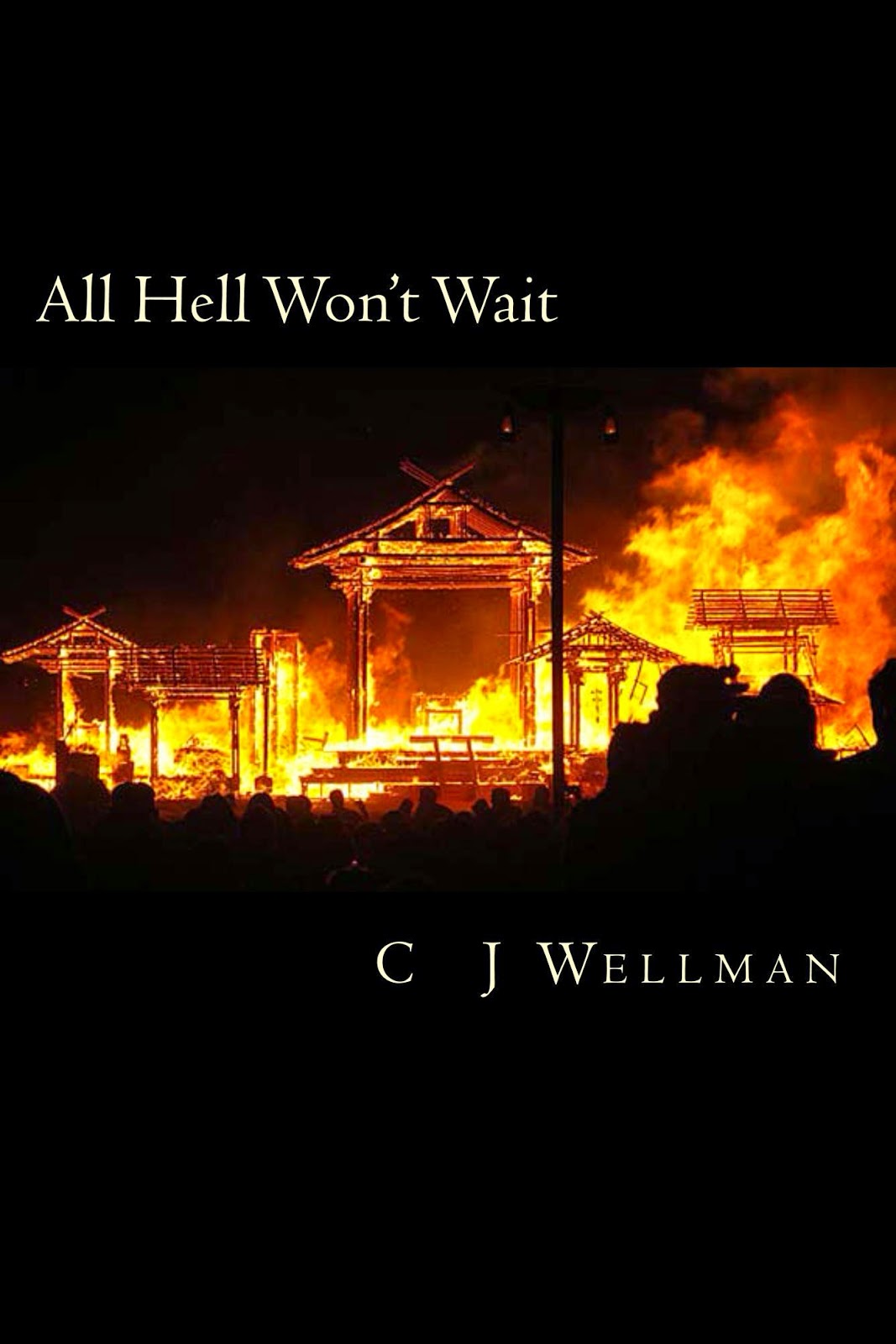 When Chicago executes a daring raid against Rivertown, a tremendous battle ensues. We meet Apache,  a key figure in the rest of the series. His extraordinary skills are born of great loss and hardship. I'd like to tell you more, but it would spoil the adventure.

Catastrophe strikes and the book climaxes with a devastating chase scene and twist-conclusion.

Book Three: As the Federal Government plans its campaign against the insurgents in an savage attempt to retake the Country, high ranking officers go MIA, unwilling to follow the devastating plan for a catastrophic purge.

They take the northern water route, regroup in Rivertown, but before departing, they take a hostage, unleashing the Darkness in both Carla and Apache. 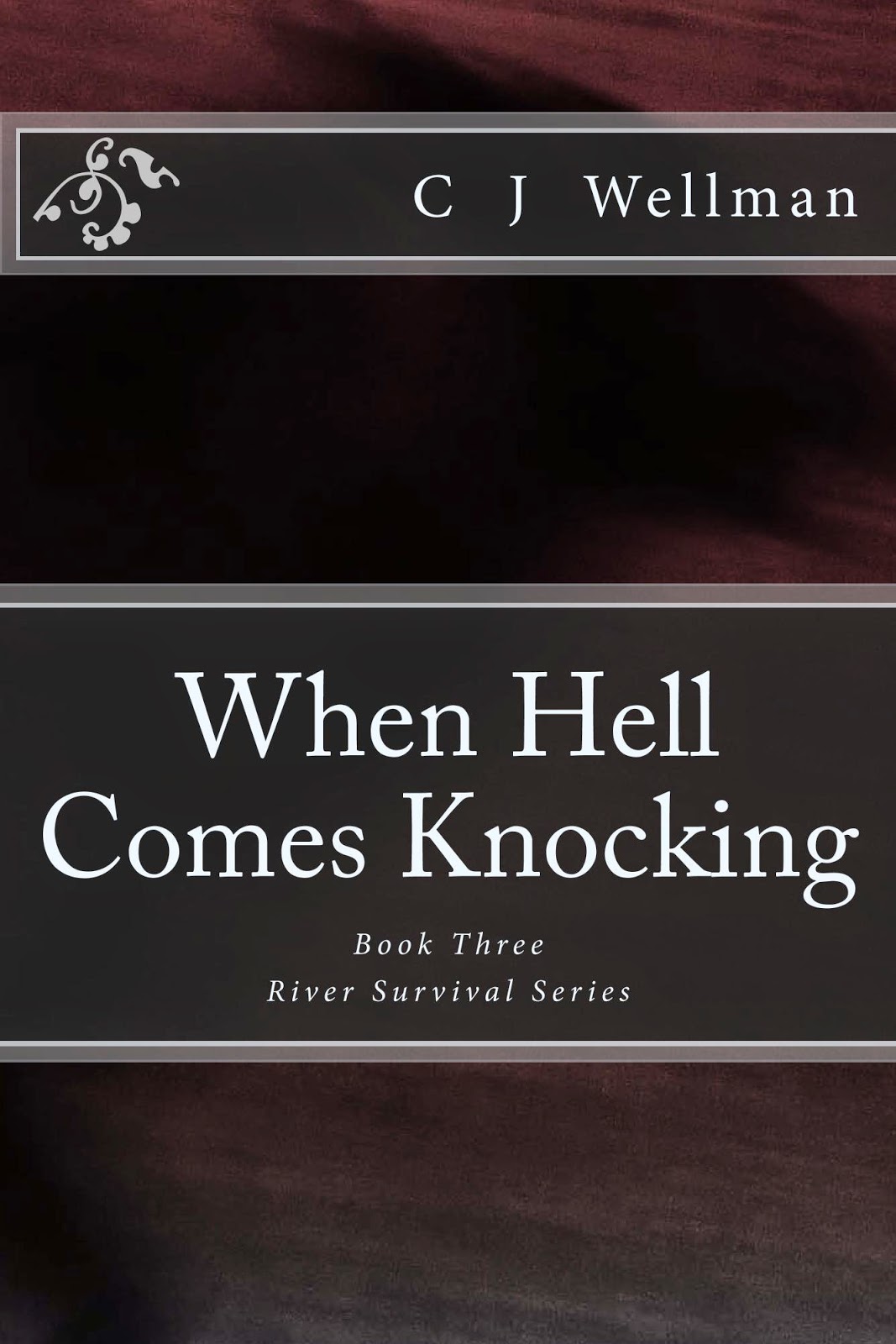 Book Four :
An elite group of guerrilla insurgents gather at the headwaters of the Mississippi to turn back the growing Storm and save the river communities from the brutal military operation in progress. Suicide radio operators bring live coverage while stationed atop key buildings.

We learn more of Apache's horrid past, Carla's unusual gifts and Brewmaster's fearlessness and Snyder's great sacrifice for his people. I've thought long and hard about the tendency towards self destruction when faced with overwhelming loss, and the ways it can manifest during hard times.

This is perhaps the hardest book. Its going to be lengthy, introducing the Hot Spot, an underground munitions factory built by survivalists living in the Black Hills. 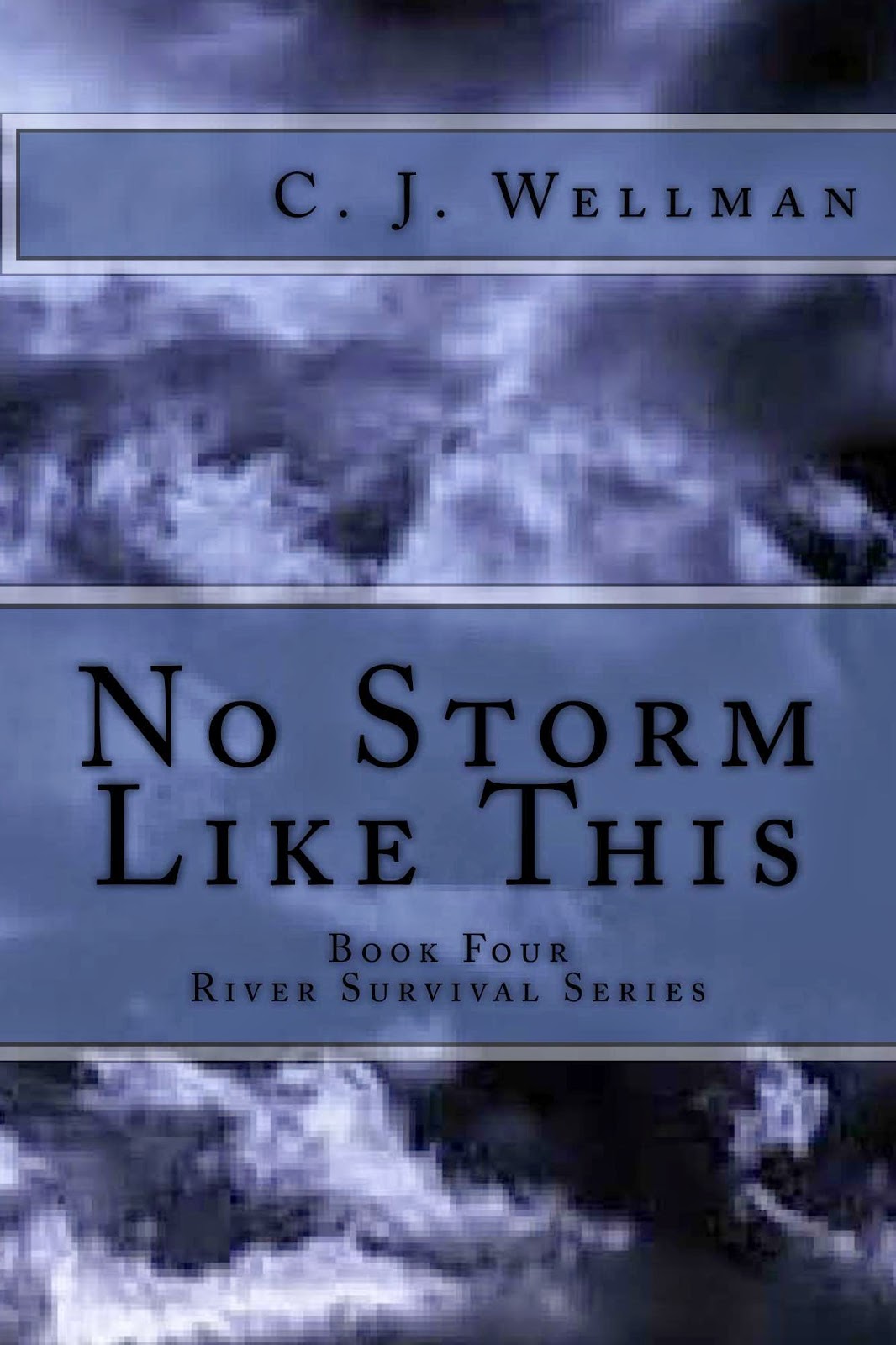 While writing this series, I've researched and imagined the technology that could be operable by skilled survivalists, and the ancient skills passed on for generations used by farming communities. Living along a river would be a great advantage. Believing in a greater power would give one hope.

Part of the challenge in writing this series is imagining how our Government would change and inflict extraordinary measures to maintain its power. Democracy would crumble, society would  digress, some might find the easiest meal is living next door. 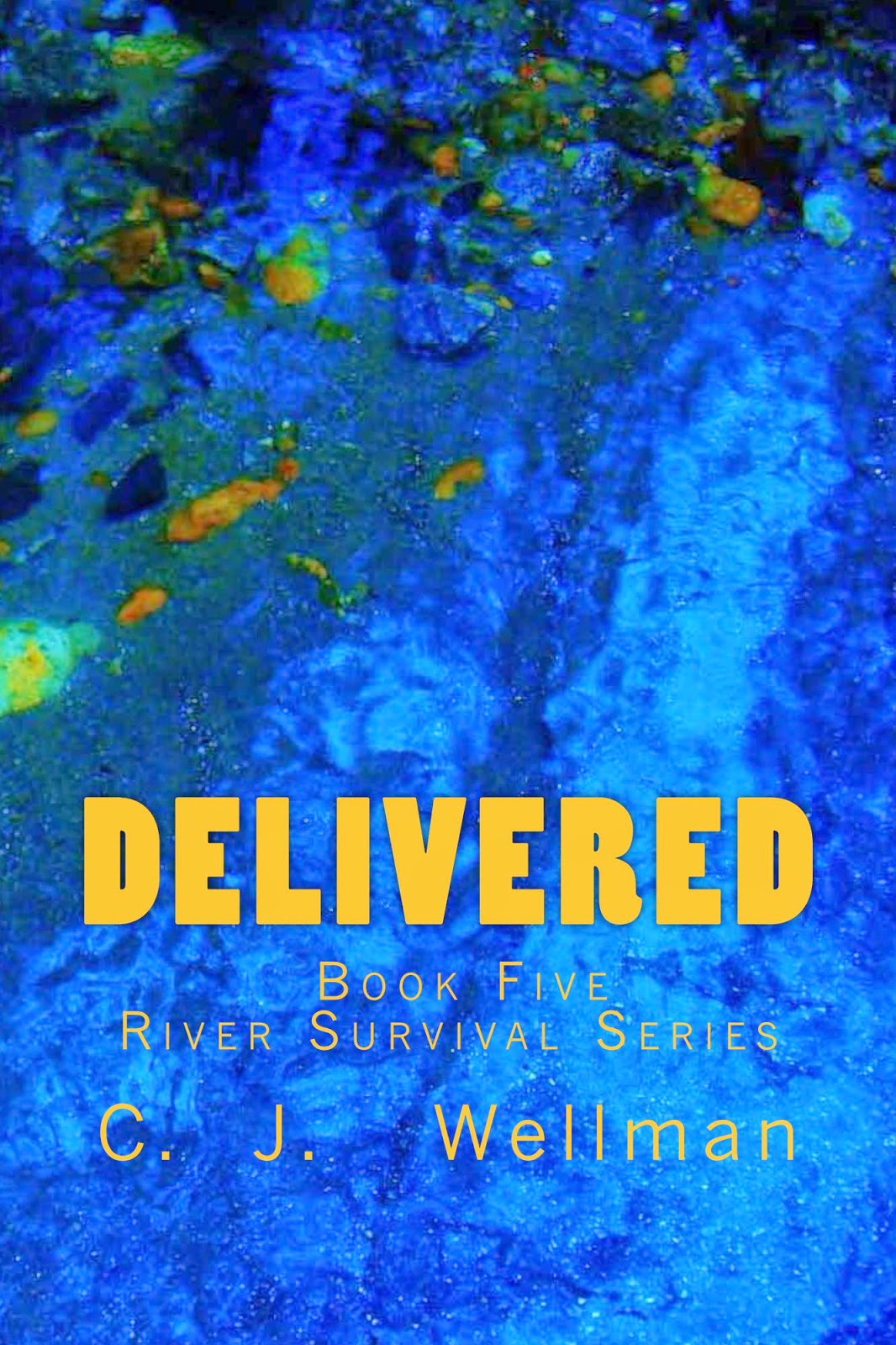 The fifth book, Delivered has just been released. After Rivertown suffers a devastating blow, Apache and Carla race to rescue the besieged Fort Reserve. The twist at the end of the book gives us hope for the families struggling through the post grid Second Civil war and inspired me to take our heroes into a sixth book with a daring raid on past enemies.

The first review from an Amazon reader:
"Battles are raging throughout the territory. Boston even has a surprise attack which wipes out a most wanted General. And, it happened on the 4th of July!Carla and Apache are involved in a couple of confrontations in their camps to "weed" out undesirables. Bretch and Apache go at it and the outcome will make you gasp. Finally, the small group is able to approach Fort Reserve. Are there any survivors left from their beloved Rivertown? And, just perhaps, Carla and Apache may have filled their thirst for the kill..."Highly recommended.

and Barnes and Noble for Nook Readers..


All these books are also available for print on demand through CreateSpace.